Panalpina rolls out new IT platform in Germany

Panalpina continues to upgrade its new operational IT platform and is in the middle of its roll-out in Germany. Ocean Freight is currently the prime focus and will be followed by Air Freight. Germany is already handling the highest number of transactions on the new platform. Panalpina’s new transport management system will secure significant operational benefits.

Panalpina has reached a new milestone in the roll-out of its single warehouse management system JDA across all of its logistics facilities around the world. The 50th site went live with JDA WMS in France. Shortly before that, JDA WMS was implemented at facilities in the USA and Belgium. The sites in Newtown and Brussels are part of a global distribution network for the healthcare customer IBA.

Less than Container Load (LCL) services are an important tool for shippers to optimize their international supply chains. Expanding and improving the global LCL network therefore remains a key priority for Panalpina and it now offers four sailings per week from Shanghai to Singapore, an industry first, and two new exclusive services from Egypt to Singapore and from India to Switzerland via Italy.

Straight from bagging Good Distribution Practice (GDP) certifications for 11 sites in 2018, Panalpina expects to get over 10 sites certified to GDP in 2019. With currently 37 GDP-certified locations around the globe, the logistics provider is well-positioned to serve the healthcare and pharmaceuticals industry with comprehensive, end-to-end supply chain solutions.

Panalpina has obtained another Good Distribution Practice (GDP) certification, this time for its new logistics center in Singapore, where many of the world’s top pharmaceutical companies have manufacturing facilities. The number of Panalpina locations globally with GDP certification now stands at 32.

Shell has awarded Panalpina a new warehouse management and distribution contract that will transform Shell’s supply chain in and out of Singapore into a full end-to-end operation. The new agreement with Shell goes in hand with Panalpina’s push for the further development of operations in Singapore and Asia-Pacific.

"As far as I'm concerned, there’s no separation between IT and business"

In this interview, Panalpina's CIO Ralf Morawietz explains why he believes the separation between IT and business is artificial and why he wants to close the gap. He also talks about the implementation of the company's new operational system SAP TM, big data, visibility in the supply chain and what he likes about his job. The original interview appeared in the Swiss IT trade publication Netzwoche. 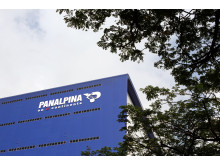 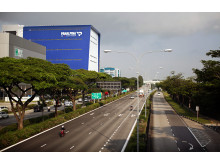 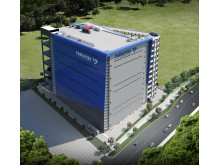 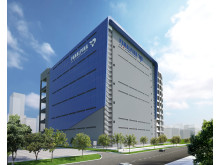