While Panalpina recorded the highest Air Freight volumes since 2007, gross profit margins in both Air and Ocean Freight came under pressure in 2016. This resulted in lower full-year earnings for the international freight forwarding and logistics company. Adjusted for restructuring expenses of CHF 28 million, EBIT reached CHF 109.9 million (-6.3%) and consolidated profit CHF 80.2 million (-9.1%) in 2016.

“2016 represented a very challenging year. Much lower volumes from the oil and gas sector meant that we had to restructure that part of our business during the first half-year. In the second half, the Hanjin collapse and the very busy air freight peak season led to tight capacities and soaring rates which put strong pressure on our margins,” says Panalpina CEO Stefan Karlen. “While we continued to perform well on volumes, pressure on yields impacted our profits.”

Panalpina Group: Results for the Full Year 2016 and the fourth quarter

* Proposed to the Annual General Meeting

In light of the healthy net cash position and stable profitability, the board of directors will propose an increased (+7%) dividend payment of CHF 3.75 per share to the Annual General Meeting on May 3, 2017. This is equivalent to a dividend yield of 3% (based on the 2016 year-end share price).

“The unusually strong air freight peak season, and the temporary capacity constraints in the ocean freight market in 2016, mean that we have to concentrate even more on improving our yield management, especially when it comes to our Ocean Freight operating model,” says Karlen. “Yields have continued to remain under pressure in January and February and we expect the first quarter to come in below the previous year. Despite 2017 being a year of great political and macroeconomic uncertainties, we are keeping to our long-term goals and are confident that we can maintain stable costs to position the business for volume growth.” Panalpina expects the air and ocean freight markets to grow by 2% in 2017.

The Panalpina Group is one of the world's leading providers of supply chain solutions. The company combines its core products of Air Freight, Ocean Freight, and Logistics to deliver globally integrated, tailor-made end-to-end solutions for eleven core industries. Drawing on in-depth industry know-how and customized IT systems, Panalpina manages the needs of its customers' supply chains, no matter how demanding they might be. Energy and Project Solutions is a specialized service for the energy and capital projects sector.

The Panalpina Group operates a global network with some 500 offices in more than 70 countries, and it works with partner companies in over 90 countries. Panalpina employs approximately 14,500 people worldwide who deliver a comprehensive service to the highest quality standards – wherever and whenever. 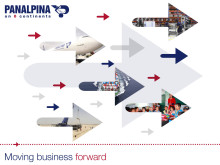 Panalpina has published its first integrated management report, summarizing the company’s activities during 2016 in terms of business performance as well as sustainability. 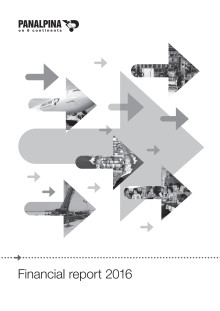 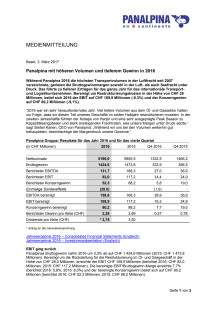