“We’ve had an encouraging start into 2018. Profitability per transported unit increased in both Air and Ocean Freight,” says Panalpina CEO Stefan Karlen. “In Ocean Freight we still recorded a loss, but it has come down from the last quarter of 2017. Logistics contributed to the good overall performance with a solid EBIT result.”

Panalpina Group: Results for the first quarter of 2018

“Global air freight demand continues to be healthy and the carriers have begun to increase rates substantially. We will have to be very disciplined in passing these rate increases on as we head for a summer season that could be busier than usual again,” says Karlen. “In Ocean Freight, our immediate focus is clearly on improving profitability. In Logistics, we have made important investments that put us in a good position for top-line growth during the rest of the year.”

The Panalpina Group is one of the world's leading providers of supply chain solutions. The company combines its core products – Air Freight, Ocean Freight, and Logistics and Manufacturing – to deliver globally integrated, tailor-made end-to-end solutions for eleven core industries. Drawing on in-depth industry know-how and customized IT systems, Panalpina manages the needs of its customers' supply chains, no matter how demanding they might be. Energy and Project Solutions is a specialized service for the energy and capital projects sector. The Panalpina Group operates a global network with some 500 offices in around 70 countries, and it works with partner companies in another 100 countries. Panalpina employs approximately 14,000 people worldwide who deliver a comprehensive service to the highest quality standards – wherever and whenever. 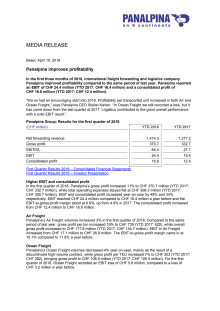 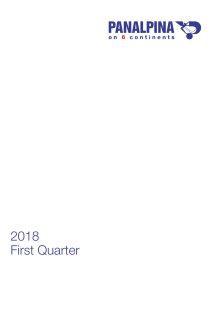 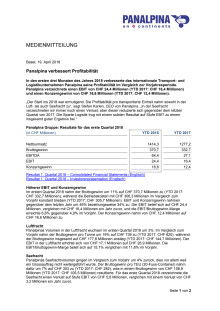