“During the second quarter it became evident that the oil and gas business will not bounce back any time soon. Therefore we decided to realign our capacities with the current volumes and not wait for the market to recover. We took the full restructuring costs in the second quarter instead of later,” says Panalpina CEO Peter Ulber. “The encouraging news is that the rest of the business continued to show considerable robustness against the backdrop of receding markets in air and ocean freight. The underlying profitability remained stable for the first half year.”

Panalpina Group: Results for the first half of 2016

“We still consider the oil and gas industry as a strategic business and are confident that we have taken the right measures in a market that is slowly stabilizing,” says Ulber. “In all other industries, our business has shown good momentum and we expect this to continue throughout the year. Cost control remains a key priority as we continue to balance our business and product mix.” 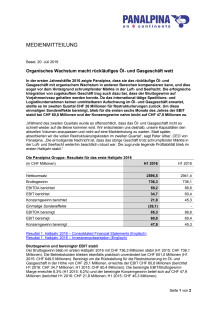 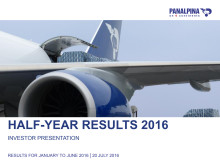 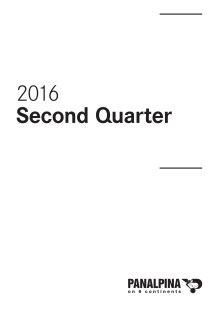