Furthermore, the assembly renewed the authorized share capital in the unchanged amount of CHF 300,000 for another two years and amended the articles of association accordingly.

New member of the board of directors

In an advisory vote, the assembly endorsed the 2016 compensation report. The proposed maximum compensation of the board of directors up until the 2018 annual general meeting and of the executive board for financial year 2018 was likewise approved.

The compensation committee and the independent proxy were elected as proposed by the board of directors. Finally, Deloitte AG was electedas statutory auditor for financial year 2017.

The next annual general meeting is scheduled for May 8, 2018. 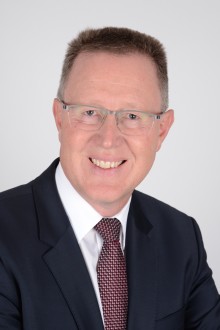 New member proposed for Panalpina’s Board of Directors

​Panalpina’s board of directors proposes to elect Dirk Reich as a new member of the board at the Annual General Meeting on May 3, 2017. He would succeed Roger Schmid, who will not stand for re-election.

New member proposed for Panalpina’s board of directors

​Panalpina’s board of directors proposes to elect Sandra Emme as a new member of the board at the upcoming Annual General Meeting (AGM), to be held on May 8, 2018. She would succeed Chris Muntwyler who will not stand for re-election. 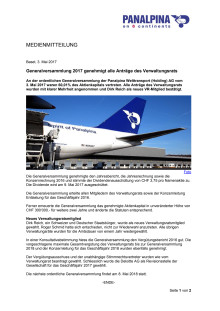 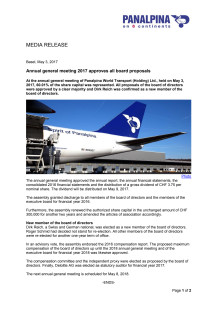