Nej Ja
Devastations from cyclone Idai is making many areas difficult to access.

Sending help to the victims of the devastating cyclone Idai in Mozambique, Malawi and Zimbabwe

When cyclone Idai made landfall on the evening of 14-15 March, thousands of homes were flattened by the cyclone. Flooding continues as heavy rainfall over Mozambique, Malawi and Zimbabwe is causing rivers to burst their banks. Flood survivors have sought refuge in trees and on the roofs of buildings still standing. Since early March, the weather system caused by Cyclone Idai has already affected more than 1 million people.

Access and communication in the worst-hit areas remains difficult, meaning the true human impact of the storm is still to emerge. At least 1,000 people are feared dead and more than 1,000+ injured. These numbers will inevitably rise as rescuers and aid workers reach new areas. Thousands have lost their homes and are seeking shelter.

Red Cross is responding to the emergency, and DSV is providing support transporting emergency equipment from neighboring countries to Malawi in order to help the many victims of the cyclone.

“We have been providing support to Malawi for a few years, so we know that this is already a vulnerable area. There’s no doubt that we should be supporting, and the best way to do it is offering our transport expertise; we’re transporting emergency relief equipment to affected areas”, says Jesper Petersen, Senior Director, Group CSR in DSV and adds:

“That way the Red Cross too can get to focus on their expertise”.

Trained to help in emergencies 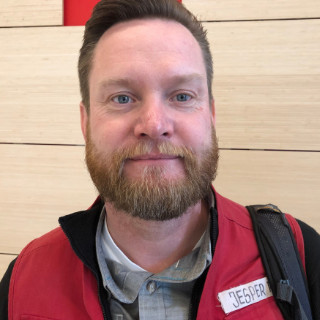 One of the delegates from Red Cross is Jesper Ranch (in picture), emergency coordinator at Danish Red Cross. He is travelling to Mozambique to assess the damages and need for help.

Danish Red Cross stores supplies and emergency equipment at a emergency relief warehouse, where they carry out training to make sure every delegate knows what to do when disaster like cyclone Idai happens and you end up in an area with very limited resources.

DSV hosts the Danish Red Cross’ emergency warehouse and helps with transport in an emergency.

You can learn more about cyclone Idai and how you can provide support on your local Red Cross | Red Crescent website. Find you local site here.