Highlighting a 42-ton, 10-flight shipment of frozen guacamole completed in record time, an Air Cargo World feature on forwarders and e-commerce in perishables saw Panalpina’s Colin Wells and Quint Wilken elaborate on the state of the sector.

Answering whether Amazon would not be a factor, Wells, global head of perishables at Panalpina said that “as we stand at the moment, Amazon has had very little impact. The people at Amazon have to develop their forwarding logistics footprint, whereas if you look at Panalpina, we’ve already got an established forwarding and logistics platform.”

However, Wells pointed out that the Amazon/Whole Foods deal will send ripples through the perishables business in the form of a wake-up call. “A number of importers and growers and other retailers are finally realizing they need to do something sooner rather than later by viewing perishables on a global scale rather than just a country-centric solution.”

Wells added that Amazon is not yet seen as a major threat in this sector. “If anything, I embrace [the Amazon/Whole Foods deal], because the industry needs changing. We believe there’s going to be new virtual e-tailers coming up in the next few years that none of us have even heard of [and] they are going to need choice. Amazon will have their own solution, and therefore we believe that Panalpina will be well-positioned to actually offer solutions to non-Amazon retailers.”

As one of the most active players in the perishables M&A scene, Panalpina “has been very strategic [with] some smaller acquisitions, some bigger,” Wells added. “The mergers are really being done to create a true perishables network that allows us to offer a potential customer – be it at origin or destination – an end-to-end solution. Panalpina truly is in a good position where we can offer a one-stop shop.”

Like the guacamole going from Mexico to the UK. “These shipments demonstrate how Panalpina can fully manage the cool chain from door to door,” said Quint Wilken, head of perishables for Panalpina in Europe.

5 articles about perishables that caught our attention in 2017

Last year the world grew hungrier for fresh produce and the industry saw some very interesting trends and developments. Ahead of Fruit Logistica in Berlin, we looked back at the many stories on perishables that were published in 2017 and picked five that caught our attention in particular. Two are about blockchain, two about the cool chain and one, not too surprisingly about Amazon and e-commerce.

We cherish perishables. And so does a growing number of consumers in all corners of the world. Consumers increasingly seek quality fruits, vegetables and other fresh foods like seafood. To meet this rising demand, local producers are stepping in, many of them in places you would not expect. Here are five countries showing a fresh ambition when it comes to exporting produce. 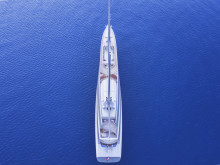