Lucas, Panalpina estimates that the global air freight market decreased 5% in the second quarter, after a 2% decrease in the first quarter of 2019. Panalpina’s Air Freight volumes outperformed the market, but profitability decreased. What happened?

LK: The ongoing trade conflict between the U.S. and China has clearly not helped the air freight market. We must also not forget that we are comparing against an exceptionally strong first half-year of 2018. A comparison with the first half-year of 2017 gives a more realistic picture. Compared to 2017, our unit profitability was better and EBIT stable. The difference is that in 2017 the market got stronger with every quarter and rates increased accordingly. The market in 2019 is heading the opposite direction. Volumes have been going down, especially in the automotive sector, which has shifted into reverse gear. Decreasing air freight volumes translate into falling rates and this has put pressure on margins. In the current market environment, it is difficult to achieve last year’s performance.

Peder, what about the development of the ocean freight market and Panalpina’s performance in that domain?

PW: From a market perspective the picture is not much rosier in ocean freight. We estimate that the global ocean freight market decreased 2% in the first quarter of 2019 and stagnated in the second quarter. Here too, the tensions between the U.S. and China have cast a cloud over box shipping. But while our volumes decreased 3% in the first six months of the year, we sustained a healthy unit profitability. Gross profit per TEU increased from CHF 296 in Q1 to CHF 304 in Q2. We also generated CHF 1 million more gross profit in the second quarter compared to the same period last year. And even more encouragingly, we turned a CHF 5.5 million EBIT loss into a positive EBIT of CHF 5.5 million for the first six months of the year, thanks to strong cost control and yield improvement. We have also been successful in winning new business and just a few days ago, we were awarded with Panalpina’s – and possibly one of the industry’s – largest ever Less than Container Load contracts.

Are there any bright spots in air freight too, Lucas?

LK: Yes, of course. The two sectors that have been struggling most are automotive and technology. In healthcare the trend is positive, however. We have invested in our capabilities in this area, which requires more specialization than most other industries, and this is now starting to pay off. In the past months, we have not only retained several larger customers, but also won new ones. We are strong in Good Distribution Practice, with new modern facilities in strategic locations and professionally trained staff across the globe that can handle pharmaceuticals, as is expected from us. A single shipment of pharmaceuticals is easily worth millions, so you want to make sure that temperature control and security are tight from beginning to end. With Panalpina’s lane risk assessments for over 2,500 trade lanes, our customers get to see who can do what along the transport chain, where potential risks are and how they can be mitigated. Another area where we see continuous growth is the perishables sector.

Speaking of risks, Panalpina introduced a War Risk Surcharge for the Strait of Hormuz. How are the tensions in the Middle East affecting supply chains?

PW: Well, as we pointed out, there is an increased risk of operating in the Gulf region. For now, there is no substantial impact on cargo routes, but there is added cost. Now that shipping lines have added insurance-related surcharges for such shipments, we have to pass these costs on in order to stay competitive and keep up the high-quality service for our customers. In general, there is a sense of insecurity for shipments going through the Strait of Hormuz.

LK: Some airlines have rerouted flights in the region. So far this has not led to any noteworthy impact on cargo flows, but things could change quickly, of course, if the situation escalates.

What is the sentiment for the second half-year, for example in terms of peak season?

LK: Starting in October, there will be the usual peak season in air freight – if not as strong as last year or 2017, for sure. Carriers will try to manage their capacity more tightly in an attempt to lift rates. As in previous years, we are already in talks with our customers to assess their requirements and secure capacity. Should bottlenecks with commercial carriers become an issue, we can provide fast, agile and reliable solutions with our Charter Network. We offer scheduled charters with our 747-8F and long-standing partners, and ad hoc charters where we have important framework agreements already in place. Operationally, we will again be ready and well-prepared both in the air and on the ground. And just as important, our operations are backed up by processes and technology that translate into high responsiveness and visibility, as well as competitive prices for our customers.

PW: I expect a rather moderate peak season in ocean freight due to high inventories and the prevailing uncertainty. Because of the situation with the ongoing dispute between the U.S. and China, companies in the U.S. have stocked up ahead of time. The same happened in the UK with Brexit and elsewhere in the world. Another big question mark is the new low-sulfur regulation that will come into force on January 1, 2020. Roughly 90 percent of world trade is by sea and sulfur-rich fuel powers the merchant fleet of about 95,000 vessels, including container ships. Carriers will pass on higher costs related to IMO2020 to cargo owners, third-party logistics providers and end-consumers, and we now expect this to happen in the beginning of Q4. Having said that, it is always challenging to implement a new surcharge in a soft market, but we expect shipping lines to manage capacity with additional blank sailings. Besides higher costs, there is a considerable potential for supply chain disruptions due to delays in fuel supply, denied port calls, retrofitting or downtime of ships.

What can Panalpina do for its Ocean Freight customers?

PW: We are proactively supporting our customers to deal with increased costs and potential supply chain disruptions. Earlier this year, we introduced a globally competitive bunker mechanism that increases visibility for customers and eases the transition towards new fuel types to comply with the low sulfur limit. Our experts will make sure to cut the best and fairest deals for our customers and to bring the cargo in time to where it needs to be – if needed by air freight.

Uncertain times are ahead, it seems…

LK: In the past decade, it has become increasingly difficult to predict the development of the global air or ocean freight markets. Dealing with uncertainty and preparing as best as we can is part of our business. However, 2019 is shaping up to become the year, when the interdependencies of the two markets – as a result of the complicated political, regulatory and macroeconomic environment – have reached such a high level of complexity that it is even harder than before to predict what the final trade volumes and freight mix of our customers will be. For a third-party logistics provider that can only mean one thing: We have to look at air and ocean freight more holistically. And we have to be strong across all products, from air freight to ocean freight to logistics – operationally and financially.

A single shipment of pharmaceuticals is easily worth millions, so you want to make sure that temperature control and security are tight from beginning to end. With Panalpina’s lane risk assessments for over 2,500 trade lanes, customers get to see who can do what along the transport chain, where potential risks are and how they can be mitigated.

Be sulfur-smart: an update on the rocky path to compliance

Quintessential | How the cold chain and freight forwarders have evolved together

In the early years of the cold chain, its processes were mostly managed by manufacturers, but specialty transport companies soon took over. By the 1950s, third-party logistics providers had taken on an increasingly important role in the cold chain “niche”. Perishables supply chains will evolve further and cold chain management will remain at the core of freight forwarding. 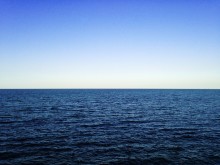 Fresh Focus | Is multimodal transport the answer for perishables?

Supply chains are becoming more efficient, manageable, and sustainable. The perishables industry overall can benefit from a more agile transition —or rather interaction— between transport modes according to market needs. 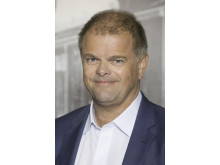 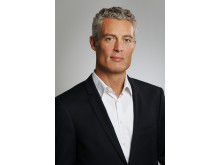