China’s appetite for fresh produce is growing rapidly, and to appease it the country with the world’s largest population is sourcing perishables from all over the world. To a great extent, China’s growing appetite will be fed by South America. Take Peru for example: China imported almost 40 million kilos of agricultural products, with a value of USD 126 million, from Peru in 2017. Some of the key exports to China include grapes, mangoes, citrus fruits, avocados and blueberries.

And Peruvian exports of perishables to China are expected to increase in the coming years. Year-to-date and compared to the entire year of 2017, Panalpina alone has already tripled perishables exports from Peru to China.

With Peru’s 90 different micro-climates that allow farmers to grow virtually anything year-round, the country is working to gain approval to supply even more food items to China, such as pomegranates, quinoa and figs. These new food products will add to the growth of the trade.

But the perishables trade between China and Peru has a long history of cultural exchange. The exponential growth we see today is just the most recent development in a 200-year-old relationship between Peru, China and food.

Peru is one of the latest darlings of the culinary world. And for good reason: the Peruvians have effortlessly fused cooking styles and flavors from around the world with their own.

One of the earliest and most notable infusions to Peruvian cuisine came from China in the mid- to late-1800s with the arrival of Chinese laborers. They introduced traditional flavors and ingredients from China, such as ginger, scallions and soy sauce, while incorporating local produce such as bananas, pineapples, potatoes and berries, creating something entirely new. “Chifa” as it is known today is a marriage of Chinese and Peruvian flavors and deeply rooted in the culture.

Meet Panalpina in Hong Kong at stand 3P01, Hall 3 of Asia Fruit Logistica to see what our team members from both countries have to say about this exchange.

Of course, the kitchen isn’t the only place where Peruvians get creative. Find out here how a non-native crop became one of Peru’s top exports – and how a perishables customer became a managing director for Panalpina.

Three long-standing agents of Panalpina are becoming full members of the company’s Perishables Network. During Fruit Logistica in Berlin, Panalpina and the agents Cropa (Guatemala and Honduras), MIT Cargo (Sri Lanka) and TML (Pakistan) have agreed to intensify their cooperation in order to create new end-to-end solutions for customers and expand the perishables business. 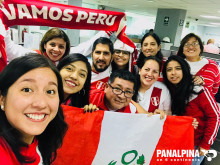 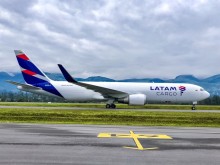 Fruit Logistica 2018 in Berlin is history, but the global appetite for perishables persists. On the first day of the most important exhibition for the international trade of fresh produce, Panalpina’s Colin Wells elaborated on the global trends for the supply and demand of fruits and vegetables.

Adaptation and inclusion can create something new and wonderful, from exports to customer experience. Peru began exporting asparagus in 1987. Today, it is one of the world’s leading exporters of the non-native crop and home to Panalpina’s first female managing director in the Americas.