Isn’t a cherry a berry? It all depends who you ask. Panalpina put this question to visitors at Fruit Logistica in Berlin, the main event for the global perishables industry.

Cherries look like berries, right? They are round, soft, sweet and can be picked off and popped into your mouth. They are often in season round about the same time as strawberries, raspberries, blueberries, blackberries.

Ask a botanist and you’ll find that cherries are actually ‘drupes’. A drupe is a fruit that has one seed surrounded by an outer fleshy layer and thin skin. So cherries fit this description, as do peaches, nectarines and plums.

Strawberries are not berries

What then are berries? A berry is a fruit that has seeds on the inside surrounded by a fleshy pulp that is entirely edible. Cranberries and blueberries are berries, but so are grapes, kiwis, tomatoes, papayas, guavas, bananas and avocados, according to the botanist.

What’s more: Watermelons and cantaloupes are considered berries with a hard skin, called ‘pepos’. Strawberries, raspberries and blackberries aren’t berries at all, but are classified as ‘aggregate fruits’, made up of many tiny drupes, or in the case of strawberries, made of tiny nuts, clustered together.

Why is there such confusion over this fruit that almost everyone loves – sweet or sour, in wines, preserves, desserts, baked goods and health remedies? The simple reason is that the everyday culinary terms had already taken hold before scientists could properly define and classify what was what.

Cherries have been cultivated for thousands of years and probably originated in the area around the Black Sea. Greeks and Romans used them extensively and they soon spread throughout Europe and China. Early colonists brought cherries to America in the 1600s. (Source: Gardening Channel)

The cherry season in South America typically is short, lasting roughly 45 days from November to the end of December. Chile is one of the biggest cherry producers in the world. Traditionally, the country exported all of its high-quality cherries to North America (60%) and Europe (40%). Nowadays, almost the entire production of premium cherries is going to China (close to 90%) and South Korea. This shift has led to a shortage of cherries during winter season in Europe and North America.

Only recently, China has also opened up its market to Argentinian cherries. While the cherry production in Argentina is much smaller than in Chile, the season lasts longer because the production areas reach further south. 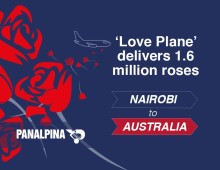 Perishables and e-commerce: Is the real promise in B2B?

Perishables continue to spur the growth of global logistics. With Fruit Logistica in Berlin this week, we look at how e-commerce is factoring into the perishables industry. Driver or disruptor: the views are not clear-cut, and business-to-business (B2B) might turn out to be the big winner.

From local hero to global player in the growing perishables market

Panalpina has acquired seven companies specializing in the worldwide export and import of perishables since 2015. With its vision to become the preferred global supplier of perishables logistics by 2020, Panalpina not only acquires companies in the sector, it then also invests locally to develop the business further and support the communities where they operate.

The Panalpina Perishables Network was launched with ambitious growth plans in 2017. Today it has members, including agents, in 26 key countries and it keeps growing, offering customers, at both origin and destination, complete end-to-end solutions on a global scale. Agent members of the Panalpina Perishables Network enjoy unparalleled reach thanks to solutions from field to shelf.

What are perishables – and how do you pronounce that word anyway?

How do you say ‘perishables’? What are perishables in different languages? Panalpina tested visitors at Fruit Logistica in Berlin, the main event for the global perishables industry. See what they had to say…

This was Fruit Logistica 2019