This year’s top Internet of Things (IoT) event is around the corner. Bosch Connected World – the internet of things conference is the fifth iteration of the annual event hosted by the Bosch Group and will take place February 21-22 at STATION-Berlin. The purpose of Bosch Connected World is to provide the inspiration, education, and connections needed to thrive in IoT. In the spirit of interconnectedness, we decided to share five stories that look at the present and future of IoT so that you can warm up to the event and make the most of it. Enjoy!

With IoT everything is connected and capable of collecting and sharing data on functionality and operations. And it all can be measured. With the use of advanced analytics tools such as machine learning, a device can be rigorously interrogated until it gives up all the secrets on how it works, and how it interacts with every other part of an operation. For an inventory, all sorts of data – origins, transit routes, times when it is scanned or its location and status – can be collected and reported using RF (radio frequency) tags. Machine learning models could make predictions about any aspect of the operation based on that data, basically reducing the likelihood of order delays to a classification problem. In-depth simulations can be run, allowing the implications and effects of delays or missed deadlines to be assessed before they become an issue even if they can’t be entirely eliminated due to external factors. In such cases, action can be taken to warn potentially affected customers who will likely appreciate a notice when a shipment is to be delayed instead of being left waiting.

It is estimated that the number of connected devices globally will exceed 50 billion by 2020. This means a large new ground for security vulnerabilities will be exposed to illegal activities, bringing major risks for consumers and businesses.The commercial implementation of IoT is on the increase. In retail and merchandising, for example, current implementation includes warehouse automation and robotics, where fulfillment is driven by online and in-store customer demand. Smart shelves in stores can deal with low inventory or forecast perishables expiration. Real-time analytics is being used to replenish stock and forecast trends. And the same applies to other industries. Power distribution companies utilize smart infrastructure to remotely administer distribution devices, better match load demand with supply, and give customers real-time and granular energy consumption data.However, transitioning to these new applications for technology poses significant cybersecurity threats if not managed properly.

“At the end of the day, IoT won’t work if there’s no trust. I think that’s a key driver for companies to bring together these two different perspectives, to help us make the world of physical more secure and more reliable,” said Dirk Slama, vice president and chief alliance officer for Bosch Software. Bosch sees the combination of blockchain, and any kind of ledger-based technology, and IoT as extremely interesting. The company is part of the Trusted IoT Alliance that aims to develop and set the standard for open source blockchain protocol to support IoT technology, allowing companies from different industries to leverage blockchain networks for IoT independent of the underlying technology. The resulting trusted IoT ecosystem would link cryptographic and registrant identities, along with metadata, to give objects the equivalent of digital, transferable “birth certificates” that can be inventoried and managed across blockchain networks.

4 Technology Trends That Will Transform Our World in 2018

The biggest mistake most forecasts make is underestimating the potential for fast growth in our hyper-connected world. Blockchain can make IoT devices even more useful as it creates a digital record across hundreds or thousands of computers, vastly reducing the risk of hacking. Combining IoT with blockchain —or BIoT— will bring a whole range of new services and businesses. For example, BIoT can be used to track shipments of pharmaceuticals and to create smart cities in which connected heating systems better control energy use and connected traffic lights better manage rush hour. Other innovations include Application Programming Interfaces, or software used to connect different databases and computer services. Combined with the BIoT, it will be as easy to get data from sensors in a warehouse as accessing websites on our mobile phones. When manufacturers, retailers, regulators, and transportation companies have real-time data from sensors embedded on products, trucks and ships, everyone in the distribution chain can benefit from insights that they were previously unable to get. Today’s disruptive innovations rely on existing infrastructure for mobile devices that puts most companies just a few clicks from billions of consumers. With BIoT, companies and consumers can be assured that their most valuable data on the blockchain cannot be hacked.

The lonely future of buying stuff

“It’s 2036. We’ve automated ourselves out of shopping and shipping. Here’s how it happened.” Interesting premise, right? In a not-too-distant future, current tools and ideas may have reached a point where fulfilling our online consumption no longer requires any humans. In two decades people will have been entirely removed from the logistics business, which will be coordinated by machines and software. Making shoes will become a robot’s craft. Creating, selling, transporting and buying consumer goods will require just one significant human –the consumer– plus a few here and there to oversee assembly and perform maintenance. This future journey is an attempt to show one how different technologies may reshape the retail world.

Bonus: Want to look even further into the future? Here’s a taste of the things to come. 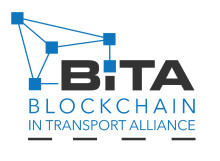 Predicting the future at the #BCX18 IoT hackathon

Panalpina is proud to have participated in the Logistics & Supply Chain 4.0 hack challenges at Bosch Connected Experience (#BCX18), the annual Internet of Things (IoT) hackathon by Bosch. An international team of eight developers and two hack coaches coming from Basel, Lisbon and Luxembourg used machine learning to predict the future.

Fish and (micro) chips: How technology is transforming the salmon supply chain

How the Internet of Things, blockchain and predictive analytics are transforming the salmon supply chain